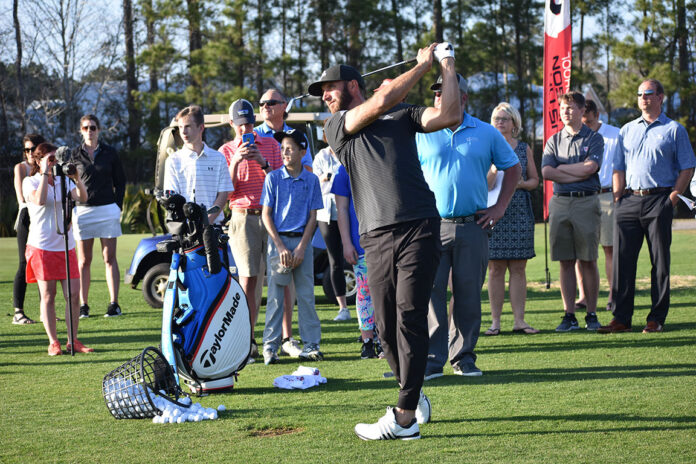 Three of golf’s four majors have been rescheduled for later in the year and the PGA Tour is planning to return in mid-June.

Great news, right? Wrong, if you are among the golf media contingent who can only seem to envision a world of worst case scenarios (for their sake, let’s hope advertisers don’t take the approach many Golf.com writers are advocating for the PGA Tour and wait until Gavin Newsome says everything is good).

Let’s begin by issuing the standard disclaimers. As a nation, we remain in a life and death fight with COVID-19.

Our thoughts and prayers are obviously with the people on the frontlines, both those infected and the doctors and nurses who are bravely confronting it every day, often without proper protective gear.

That being said, it’s not disrespectful to begin planning a path back towards something that resembles normal.

Is mid-June too soon? I don’t know, but consider this: two months ago we had all just watched the Kansas City Chiefs win the Super Bowl and few could’ve imagined eight weeks later the nation would be more than a month into a de facto lockdown.

What’s going on now was incomprehensible two months ago.

The point being, a lot can change in 60 days.

No sane person is rushing to declare victory, and if the PGA Tour isn’t ready to safely run an event in mid-June (presumably without fans), the effort should end immediately.

While the nightly news is filled with gut-wrenching tales of loss, there is reason to hope the death toll will be in dramatic decline by the end of the month and slow to a trickle by mid-May.

The PGA Tour is trying to get back to the business of making sure multi-millionaires get paid while the “non-profit” organization continues cashing gargantuan television checks. They don’t want to come across as appearing reckless, but the reality is there is work being quietly done across the nation.

As long as the Tour’s efforts to restart don’t put people in harm’s way, they are absolutely doing the right thing in setting the stage for the return of professional golf.