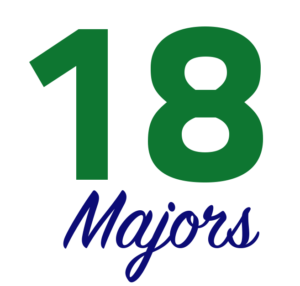 The Charlie Rymer Golf Show – a new online program – debuted with interviews of 18-time major champion Jack Nicklaus and Peter Jacobsen, a 7-time winner on the PGA Tour and one of the game’s most colorful personalities.

The opening episodes were the perfect snapshot of what the show – driven by Rymer’s passion for the game and sense of humor – will offer. The interview with Nicklaus provided a walk down memory lane as golf’s greatest champion relived his unforgettable triumph at the 1986 Masters.

Jacobsen, who like Rymer has a gregarious personality, was perfect for the format, sharing stories ranging from the set of “Tin Cup” to the British Open in a 30-minute episode full of laughs.

Rymer puts guests at ease, allowing viewers to enjoy a look at some of the game’s biggest names in a casual environment.

“The Charlie Rymer Golf Show allows fans to see some of golf’s biggest stars from a different perspective,” said Bill Golden, CEO of Golf Tourism Solutions, the company producing the program. “During his time on the PGA Tour, Charlie developed relationships at every level of the game, and what makes the show special is that it’s more like listening to old friends talk as opposed to the guarded interviews we too often hear. People are comfortable talking with Charlie and golf fans are the winners.”

Rymer joined the Golf Tourism Solutions team in a multi-media partnership that showcases the media star and former Tour player as the voice of the Myrtle Beach golf scene in 2018.

The Charlie Rymer Golf Show To Air On ESPN2; Episode 1 Will Debut On June 5